From late March to early April 2006, the author was invited to diagnose the pests and diseases of orchids cultivated by 9 friends of Lanyou in Dali City, Yunnan Province. After diagnosis, the following problems were mainly found: First, orchid stalk rot has already begun to occur, and the coming power is fierce. . When I diagnosed a blue orchid on a roof of a large blue orchid, I saw that the orchid seed rot of the high-grade orchid â€œGold Coastâ€ of this large orchid has been infected, and all of them have been seriously ill. The pseudobulb has decayed and cannot Rescue, the estimated economic loss is at least 600,000 yuan. The second is the occurrence of orchid anthrax in general. 9 orchid orchids were investigated. There were 7 anthracnose orchids. The average plant strain rate was above 20%. In addition, there were a few leaf spot diseases on orchids. The occurrence of orchid spider mites was serious and widespread. From the orchids of the 9 orchids surveyed, there were 6 serious and 3 occurrences of the insects. Fourth, the orchid root rot of a few orchid friends was serious and the most typical. It is a LAN friend who lives in the Dali Economic Development Zone. More than half of the more than 30 seedlings have severe root rot and heavy losses.

II. Analysis of causes of orchid pests and diseases

(1) Blue strains are weakly growing and have low disease resistance. After a long period of growth in winter, especially after orchids were changed in spring, the orchid seedlings with fewer plants had weaker disease resistance and were susceptible to various pests and diseases.

(2) The accumulation of orchid pathogens is more likely to spread disease. After the outbreak of orchid pests and diseases in the spring and summer of 2005, more pathogenic bacteria were left. After the onset of illness in 2004, as long as the conditions are appropriate, if there is no timely prevention, the disease will still occur, and the orchid plant in the same orchid garden will also suffer. Will be infected with each other.

(3) The environmental conditions of high temperature and high humidity are conducive to the onset of orchids. After entering April, the maximum temperature of roof gardens can reach above 28Â°C, and the average temperature is above 23Â°C. After May, the temperatures are higher, and the temperatures in orchid gardens are generally higher, creating a suitable variety for people. The environmental conditions of the occurrence of pests and diseases, if the ventilation conditions are not smooth, are prone to pests and diseases. It is observed that the average temperature is 23-28Â°C. Relative humidity of more than 80%, long-term basin soil wet, is a variety of disease outbreak climate conditions, and in summer and autumn, Lan Yuan is easy to meet such conditions, prevention is particularly important.

(4) Improper cultivation and management. If Langen rots, the basic reason is that the basin soil is not ventilated, resulting from excessive watering. Occurred in orchids cultivated by beginners.

(5) Do not pay attention to prevention. As mentioned above, a friend of Lanyou at the southern gate of the ancient city of Dali did not have the ability to identify orchids and red spiders, and they did not spray red spiders for many years. As a result, the red spiderâ€™s outbreak was endangered and suffered heavy losses. Therefore, it is still necessary to strengthen the popularization of orchid cultivation techniques and pest control knowledge.

The general measure is to strengthen the ventilation of Lanyuan Garden and reduce the humidity of potted soil and air. When the average temperature in the Lanyuan Garden exceeds 25Â°C, measures should be taken to reduce the temperature. If pests and diseases occur, it is necessary to actively spray targeted preventive drugs. According to the reality of Dali City Lanyuan, the specific preventive measures are as follows:

(1) Prevention of orchid stem rot. Use 70% orchid stalk rot 500 times liquid (the agent has 1-4, alternate use, 1 month rotation 1) for foliar spraying or root pouring, 2 days after each pouring and soaking, Timely application of the effect is better.

(2) Prevention of orchid anthrax. Use 50% orchid anthrax EC 600 times liquid, spray evenly on the front and back of leaves, 7-10 days, apply 3 times continuously, and then prevent 1 time according to the situation. If you find a small amount of leaf lesions, you can also use 50% orchid anthrax EC 200 times solution (1 gram of agent to 200 grams of water), stick the liquid with a cotton ball, directly applied to the front and back of the diseased part to control local Disease, the effect is better.

(3) Prevention of orchid spider mite. Can use 10% orchid spider spirit emulsifiable concentrate 1000 times liquid, spray on the front and back of orchid leaves 2-3 times evenly, namely can control the occurrence of this pest effectively.

Mid-set Milking Machine is one of the most widely used devices. Using automatic upgrade scaffolding systems, short working line, milker milking efficiency is maximized, as oxtail high density, relatively narrow Milking Parlor construction area, a significant reduction in construction costs and space. Device according to user needs can be equipped with the world`s most advanced Afikim pasture management software has becomed the most practical high-end devices. 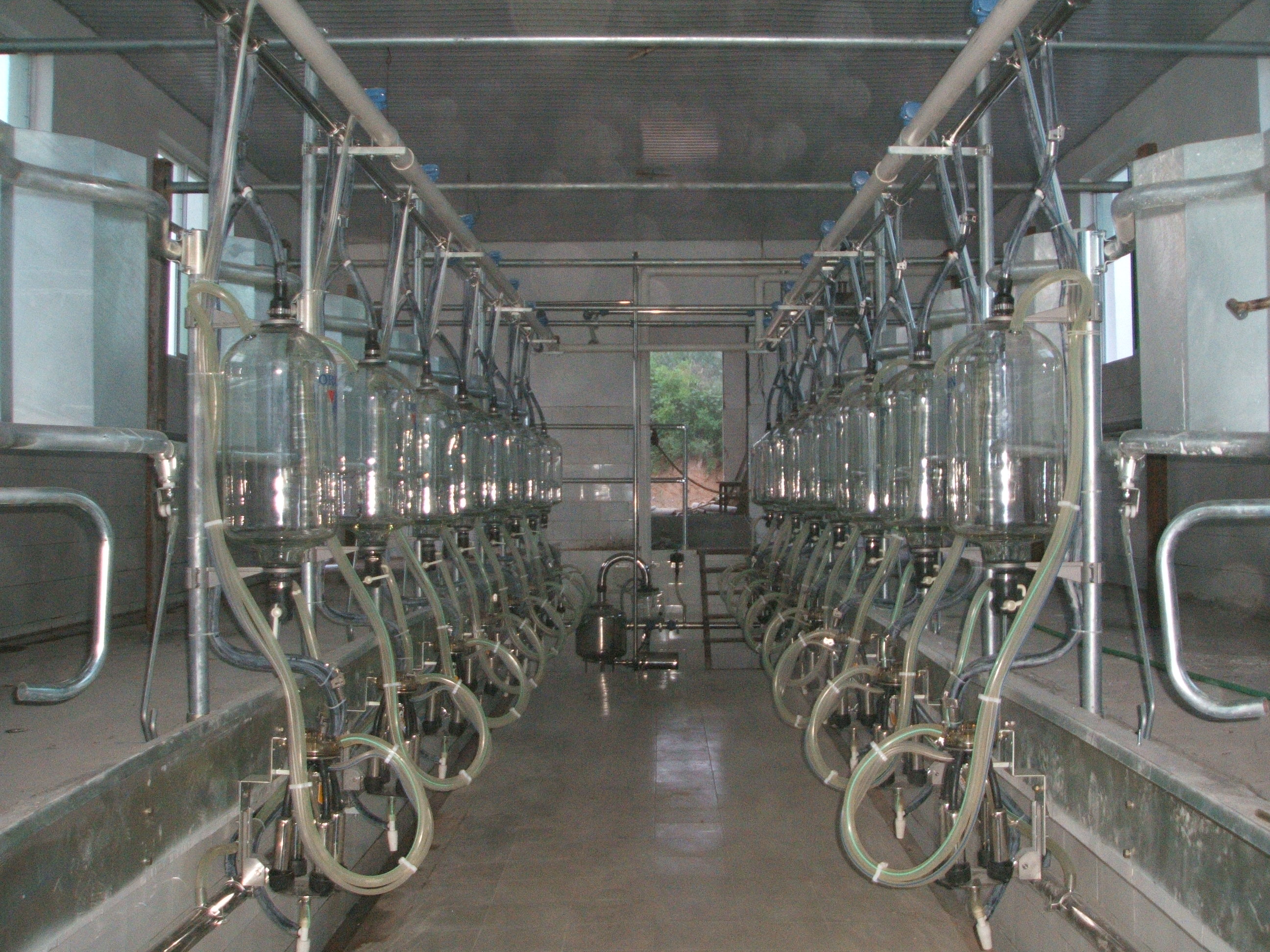 2.    Effective control of mastitis in cows before milking pulsation than technology meet physiological characteristics of pulsation than the technology front, the front breast area ratio of small pulsation ratio breast after large(generally breast area after area than in the previous 15% more milk); breast area while completing the four milking, milking effectively avoid the occurrence of air, reducing the incidence of mastitis.

3.    Prevent overcrowding and premature removal from the design collection cup milk tubes are used to seat all the transparent design, so it can be visually determine whether there is over-milking premature phenomenon and the phenomenon of de-cup;

5.    Advanced air cleaning mixed feeding device that can impact the entire column to form the pipeline flow scrub the entire pipeline, effectively improve the quality of the milk. 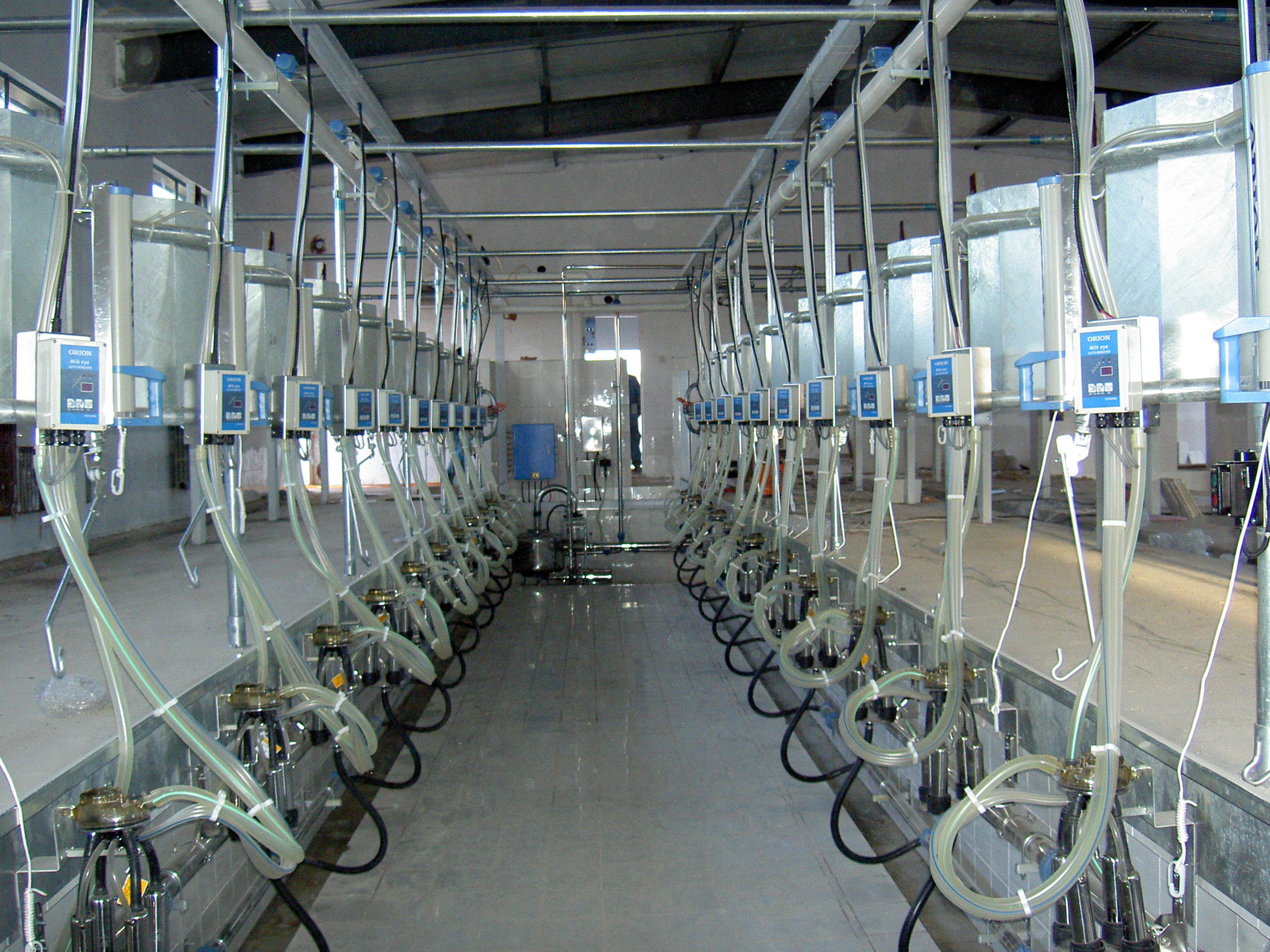